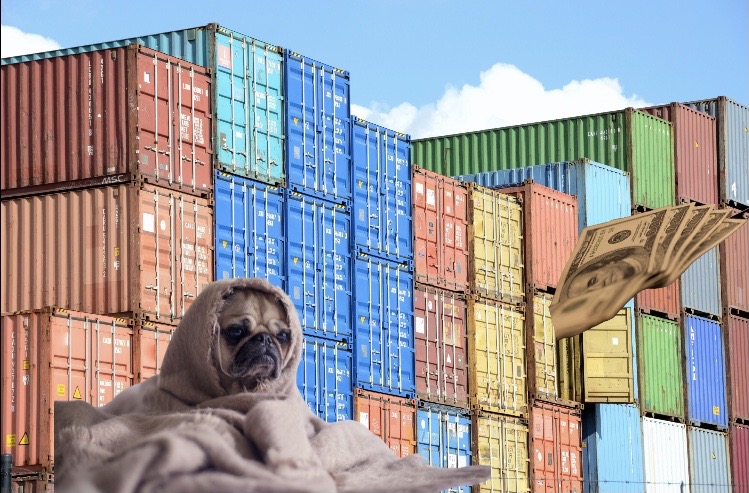 Optimistic about the gradual loosening of the borders of various countries. The domestic aviation giants, EVA Air and China Airlines, will increase passenger flights by about 20% in the second quarter. As for shipping, it will benefit. The resumption of work in China and the poor negotiation between dock workers in the United States and the West have caused demand for ships. With the increase, the container surcharge has also risen again, including the additional comprehensive rate and fuel-related costs, the increase is estimated to be 20%!

Zhan Shengyuan, an industry analyst at the Taiwan Academy of Economics, said: “Shanghai is expected to reopen after the unblocking. The spot freight rate in the third quarter has increased momentum, and many shipping companies have increased the proportion of long-term ships, which will help to lock in the fourth quarter’s revenue. Profit performance continues to outperform the same period in 2021.”

In previous years, the peak shipping season usually started in late June, but recently, the industry is worried about the increase of port congestion in North America, and there has been a situation of rushing to book space, especially in order to consider the unsmooth negotiations between the dock workers in the United States and the West, many shipowners have begun to transfer their flights to ports in the east of the United States. Extending the number of sailing days, even if the port is not blocked, the demand for ships will continue to increase.

Zhan Shengyuan, an industry analyst at the Taiwan Academy of Economics, said: “The unsatisfactory labor agreement between the United States and the West, and some shipping companies transferring ships to the east of the United States have relatively lengthened the shipping schedule and increased the supply pressure on the North American line, and shipping companies have begun to impose a variety of comprehensive surcharges. “

Shipping continues to boom. With the recent discussions on border loosening, domestic airlines and travel agencies are optimistic. China Airlines and EVA Air, the two major airlines, have increased their passenger flights by about 20% in the second quarter, and the industry estimates that there will be more flights in the third quarter. The rate has also jumped by at least 20%. After grabbing the business opportunities of post-epidemic recovery, air and sea transportation is poised to take off.